There are at least 2 possibilities of failure:
1. The ISO image file is corrupt. It indicates failure when downloading that file;
2. The CD is corrupt. It can happen when CD has scratch on its surface so that CD ROM can not read it. It’s physical failure. Another cause of corrupted CD is a burning failure. I’m using Brasero under Ubuntu Lucid desktop to burn CD;

To test ISO file, we can use md5sum utility. It’s recommended to do as it can test file integrity (for corrupt) and security (for injecting malware code). There is tutorial to do it. At a short, download MD5SUMS file to directory in which iso files reside, then run ‘md5sum -c MD5SUMS‘. md5sum will generate a bunch of warnings, but it’s OK.

It ensures that our ISO files are all OK. First failure checking has passed.

We can ensure CD integrity by checking it prior to installation. Select “Check disk integrity test” when booting using CD installer. It will check CD whether it’s passed or failed. In my case, it’s failed to pass checking. So, it’s the CD that cause installation failure. But, CD surface is physically clean, no scratch. Our last suspect is burning program, Brasero.

Changing burning program to gnomebaker has solved my problem.

This site uses Akismet to reduce spam. Learn how your comment data is processed.

This work by Eko Didik Widianto is licensed under a Creative Commons Attribution-ShareAlike 4.0 International License.

Sorry. No data so far. 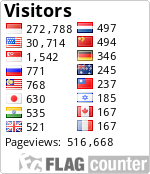